How we are helping to prevent young suicides

‘Suicide is the major cause of death in all young people under 35 years of age’. That alarming statistic is one that will probably come as a major shock to many people. It certainly was to the Provincial Grand Master Tony Harrison who was visiting the Warrington headquarters of the charity Papyrus, who have received a grant from the Masonic Charitable Foundation of £65,342. 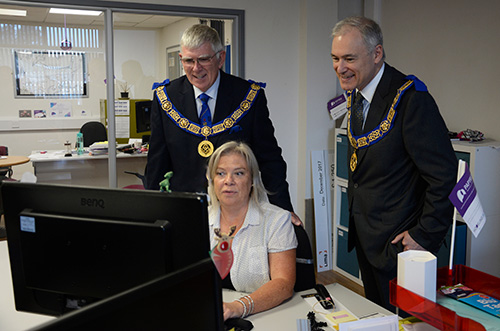 Tony Harrison (left) and Stephen Blank are shown some of the details by Hazel Russell, Head of Fundraising for Papyrus.

The MCF has made the grant on behalf of the Province of West Lancashire but on this occasion, Tony was accompanied by his colleague from the neighbouring Province of Cheshire, Stephen Blank.

Papyrus, which was formed in 1997 in Lancashire, has three simple aims: Provide confidential help and advice to young people and anyone worried about a young person. Help others to prevent young suicide by working with and training professionals. Campaign and influence national policy. They summarise this as: Support, Equip and Influence.

The visitors were welcomed by CEO Ged Flynn, who explained the work that the charity does and also outlined the problems that are being faced nationally, as they try to de-stigmatise suicide and raise awareness of this tragic loss of young people. Ged stressed that the charity has values that it strongly promotes. He said: “We believe that many young suicides are preventable, also that no young person should suffer alone with thoughts or feelings of hopelessness. We also believe no one should have to go through the heartbreak of losing a loved one to suicide.” He concluded: “We believe that everyone can play a role in preventing young suicide.”

Stephen Habgood, who is the Chairman of Papyrus, then very movingly related his own story of the loss of his only child, Christopher 26, to suicide in 2009. Sarah Fitchett, a trustee of the charity, also shared her own tragic experience in speaking of the death of her 14-year-old son, Ben by suicide in 2013. Their openness in speaking so frankly about their emotional experiences was a very moving revelation to the visitors but also cause for admiration, as they explained how they are working to try and prevent others having to experience the same trauma.

The £65,000 grant will enable the charity to engage another advisor to work on their HOPELINEUK helpline (0800 068 4141), which is there to provide confidential support and advice to young people struggling with thoughts of suicide, and anyone worried about a young person. More information about Papyrus and its work can be found by visiting their website at: https://papyrus-uk.org 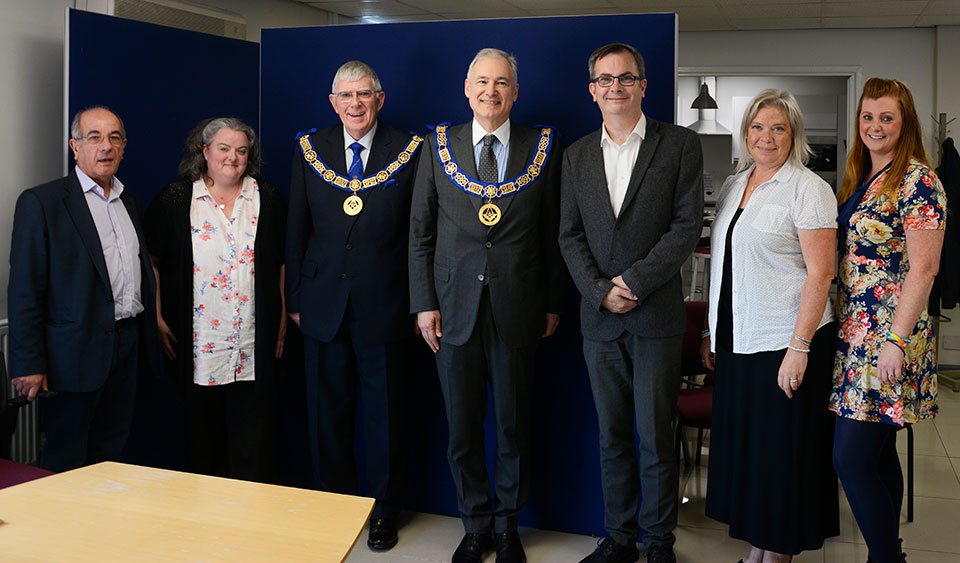